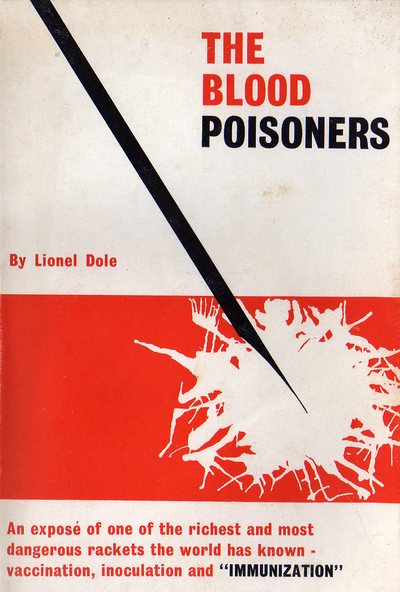 WHEN I UNDERTOOK to write a short booklet to replace the late Miss Lily Loat’s The Truth About Vaccination and Immunization, written over twelve years ago, I saw that, as the latter dealt only with smallpox and diphtheria, it was obviously necessary to bring the subject of so-called “immunization” up to date. It would be useless to describe all the vaccines that are now being thrust upon the public, and quite impossible to give intelligible information as to how they are made or what they really contain. Are they ever the same for two weeks running?

We have all been told repeatedly that Prof. Ramon’s toxoid (anatoxine) “practically wiped out diphtheria in Britain”; yet the compulsory use of the same stuff at the same time in France showed very different results. In Britain, with mass inoculations, there was an increase in cases and deaths for several months, but in France, with compulsory inoculations, the increases were much greater and lasted for many years.

Why was Prof. Ramon fired from the Pasteur Institute? What did British officialdom do about this—apart from suppressing all mention of the scandal? Was Prof. Ramon’s toxoid not quietly changed in celebration of the event?

In his book, Pour La Libere,, M. Marcel Lemaire reminds us of the almost forgotten fact that the great Pasteur Institute was founded solely to sell rabies vaccines and thus save (perhaps!) about 30 lives per annum in France. It seems almost incredible that, in spite of the subsequent increase in rabies deaths, the Institute went from strength to strength financially. After such a promising start, it is little wonder that it now makes vaccines for everything and thousands of millions of francs by selling them. The Pasteur Institute also seems to make its own laws, and, never having registered as a business firm it dodges all taxation on its turnover and profits, which the less privileged firms have to pay. When, moreover, the politicians have made each new vaccination compulsory see how the prices go up! In 1935 3 ampoules of diphtheria and tetanus toxoid were sold for 12 francs, by 1951, they cost 510 francs! The price of tuberculin also rose to over 40 times its original price

This kind of thing goes on all over the world and no body seems to care, but surely, if a chemical firm can make something—a synthetic hormone, for instance—at $30 per pound and sell it to the public at $50,000 per pound, that is all we need to know. We do not have to eat the whole of a bad egg to know that it is bad, but it is more than a one man job to change such an appalling international situation

The best that can be done in a short booklet is to cover the principal vaccine rackets as lucidly as possible, and say things which need to be said about them much of which has not been widely published if at all