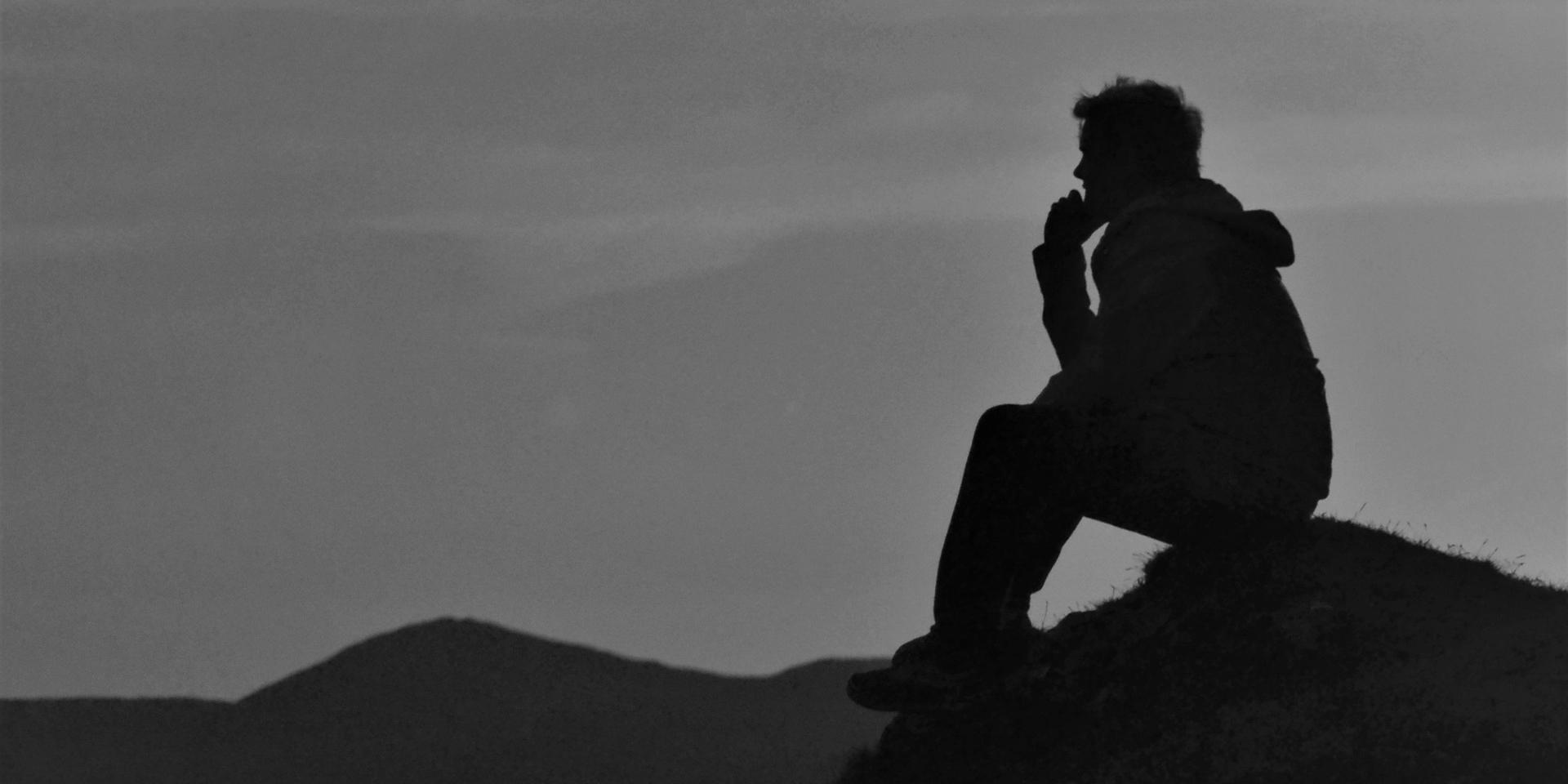 The great Indian sage, Ramana Maharshi, was often asked about the nature of reality. When answering this question he maintained that nothing comes into existence or ceases to be and that instead, it is the Self alone that exists as an unchanging reality. In fact, this is an ancient Hindu doctrine known as “Ajat vada”, or the principle of non-causality. This, according to Maharshi, was the ultimate truth.

However, many of his followers found this difficult to accept and so Maharshi resorted to a simpler explanation. He would teach them that the world comes into existence as a consequence of the “I” thought, a theory known as “drishti-srishti”, or “simultaneous creation”, which says that the world is a product of the perceptions of the mind.

While easier to understand, many found this puzzling because if indeed the world “out there” only exists within the mind, that would seem to indicate that each individual has the power to change the world just by changing his/her perception of it. For some, this led to frustration for they understood the ultimate truth on an intellectual level but they couldn’t see how to actualize this truth in order to effect lasting change.

After all, our world is filled with war, violence, crime, hate, segregation and suffering. By stating that the world out there, filled with all these horrible things, was merely a product of the mind, Maharshi seemed to be insinuating that the onus was on each individual to do the necessary inner work in order to improve it.

Indeed, Jiddu Krishnamurti, the late Indian philosopher, believed that a radical transformation in society was essential but that this could only happen if there was a radical mutation in the psyche of each individual.

Krishnamurti was incredibly critical of so-called “authorities” and repeatedly emphasized that turning to others for solutions was not sufficient because, in reality, there is no authority, no teacher, no master and no saviour. Krishnamurti maintained that it is we, ourselves, who must change. But in order to change, we must know our self and in order to know our true self, we must rid our mind of all programs, all concepts and all beliefs.

He taught that this process of renewal, of ‘radical transformation’, begins with observation. Because in the seeing is the doing. Once you see your own programming and understand how that has created your limitations, you can begin to overcome them.

Secondly, a transformation in consciousness requires humility and surrender. Failing this, the ego is given free rein to make conclusions and judgments and cling on to prevailing tendencies, all of which hold us back from achieving our true potential.

He taught that it is only in the absence of fear that the energy of life is allowed to flow unimpeded. It is in this state that we are truly aware, truly receptive to the gifts of life. Cultivating the religious mind was Krishnamurti’s solution to the growing problems of the world.

The Religious Mind and the Mechanical Mind

It was much later on that Vandana Shiva, an Indian physicist and environmental activist, coined the term “mechanical mind”, referring to the profit-driven, reductionist thinking that pervades so much of our scientific, environmental and medical establishment.

The mechanical mind is obsessed with what it sees as “progress” and “innovation”, seeking to undermine nature and exploit the environment in order to strengthen its control and deepen its pockets. And when it comes to evolution, the mechanical mind and the religious mind have very different perceptions.

The religious mind understands that evolution can only happen in consciousness and that there is no such thing as evolution as it pertains to matter but rather a spontaneous actualization of potential.

The mechanical mind is the mind of the ‘skeptic’ who seeks to denounce the legitimacy of any and all phenomena that do not seem to be explainable through his own “little picture” understanding of the world. The skeptic, upon encountering evidence to support the “paranormal”, will move the scientific goal posts further away and claim that such evidence is merely the product of error or chance.

Close-minded skeptics, trapped in their own belief box, either consciously or unconsciously, select and interpret experiences in such a way to ensure that what is believed to be “impossible” never actually happens. Observable phenomena or experiences that seem to defy common understanding are relegated to the realm of delusion or simply ignored.

As long as the skeptic remains in the confines of his limiting beliefs, he is not able to grow, learn or evolve. His intellect may continue to accumulate facts and figures, but his being remains frozen at the doorway leading to the “Path of Knowledge”, unable to take the first step.

After all, treading this path requires an experientially based understanding of reality, which the skeptic interprets as unsound because he does not believe that truth or knowledge can come from subjective experience. The belief that reality can only be understood through objective measurement is one of the great dogmas (and biggest shortcomings) of science.

The collective mechanical mind of the West intellectually justifies its little picture understanding (which constitutes a tiny subset of the larger truth) by using philosophical sleight of hand. The mechanical mind screams its opinions into an institutional echo chamber, which, in turn, leads to the creation of educational and societal infrastructure that builds support for such views.

The mechanical mind seeks advancement yet resists change as a matter of pride. The “Path of Knowledge”, however, requires one to endure the discomfort of insecurity, unknowing as well as the pains of being-level growth. Cultivating a religious mind is dependent on the willingness to explore new ways of looking at the world and life. This includes the courage to endure fears which inevitably arise as deeply-rooted emotions surface and previously held beliefs are challenged.

The mechanical mind favours conformity and seeks to remove problems by employing standardized protocols. The mechanical mind fails to take into account the uniqueness of each individual. For example, mechanistic medicine treats symptoms but does not identify the root cause of illness or distress, which requires an understanding of how the mind and the body relate, the so-called “placebo effect” (which is downplayed, misunderstood and underutilized).

While the religious mind accepts responsibility for its actions and understands the consequences of failing to evolve, the mechanical mind, largely out of fear, remains nihilistic.

The mechanical mind constantly sets goals and struggles for achievement. This never-ending cycle brings fleeting satisfaction but it does not fill the lurking void of meaninglessness. In this state, happiness must be forced, leading to sexual perversions, substance abuse and addiction. While the mechanical mind suffers from the illusion of emptiness, the religious mind resides in effortless joy.

While the mechanical mind seeks to eliminate pain through artificial means, the religious mind understands that pain exists to promote evolution by forcing us in a new direction. While the mechanical mind sees the world as dangerous and unpredictable, the religious mind embraces all manner of hardship, knowing that sometimes it is necessary to hit rock bottom before a lesson can be learned.

The mechanical mind, by its very nature, is violent. It stubbornly adheres to concepts that strengthen its own little, limited world view and it condemns those who seek to challenge it. While the mechanical mind takes pleasure in disliking others, the religious mind values love and unity.

The truth is that violence itself exists within all of us. Violence can be expressed physically and verbally but it can also be expressed through our beliefs and our emotions. Violence is the unwillingness to change, the refusal to admit our own insecurities.

While the mechanical mind sees violence outside itself in the form of wars, riots and conflicts, the religious mind acknowledges that violence is much deeper and much more subtle. Violence is not merely the organized spilling of blood but includes all forms of segregation, stratification and separation. The mechanical mind says “I’m better than you”, while the religious mind acknowledges that there is no such thing as better or worse, only different levels of conscious awareness.

The mechanical mind uses labels to discredit those that threaten its world view. This often results in lowly ad hominem attacks – “everything he says is nonsense because he’s an X”. The religious mind does not identify with labels and seeks, instead, to peel apart logical inconsistencies and uncover truths that can be verified through subjective experience.

Engaging with violence in any way is not the answer to overcoming it. That means we cannot suppress it, deny it or condemn it. Instead, we must look at it. Simply look, observe. But observing violence deeply, penetrating into the core of violence requires a powerful mind. The mechanical mind, with its many erroneous beliefs and assumptions, is feeble and sluggish, lacking energy and power.

Power and energy are products of a consciousness that is free from the bondage of belief, one that can see itself in others, one that can observe without judgment, without thought. As the ego abates, power naturally increases. The mechanical mind worships the ego. The religious mind seeks the Self. While the ego fights to get what it wants, the Self is free from desire, residing in the wholeness of its own existence.

Driven by fear and existential angst, the ego-dominated mechanical mind opens itself up to exploitation and manipulation. The religious mind walks the Path of Knowledge with curiosity and courage while the mechanical mind adheres to the safety of the status quo.

While the mechanical mind entertains the endless questions, ideas and ponderings of the ego, the religious mind seeks the silence of the Self.