How to Steal an Election in 9 Simple Steps

Step 0: Identify a president you want to get rid of. It should be someone who is anti-war and doesn’t subscribe to your tyrannical, globalist agenda. Got one in mind? Great.

Step 1: Use the media to lambaste him at every turn. Criticize everything he does (even the good things) and deceive the people into thinking he’s a racist, sexist bigot. This will build public hate and strengthen your cause.

Step 2: Invent a pandemic. Group some common and vague symptoms together and call it a new disease. Find an RNA sequence that’s present in most of the population and develop a diagnostic test for it. Use the media to brainwash people into thinking there’s a new deadly virus and make sure your country is hit really hard.

Step 3: Hope people are too stupid to realise that despite being a 1st world nation and having the best healthcare system in the world, your country has tens of thousands more deaths than any other place in the world, including starving Africa and SE Asia.

Step 4: Use the media to scare people shitless and impose lockdowns as a measure to ‘fight the virus’. Use this as a pretext for introducing mail-in ballots and encourage everyone to vote this way. This will make it a lot easier to rig the vote.

Step 6: Use the media to announce your candidate as the victor before the official ruling is made. This will confuse people and allow your fraud to go unnoticed in the public eye.

Step 7: Hope and pray that people don’t find it suspicious that your candidate, despite his lack of campaigning, obvious mental deterioration, drug-addicted/paedophile son, and complete lack of charisma, managed to somehow get more votes than any candidate in US history.

Step 8: When the current president realises you’ve just stolen his election with massive fraud and demands an investigation, use the media to paint him as a “sore loser”. If people aren’t totally convinced, simply recruit a few celebrities or other influential figures to express their disgust at his ‘undemocratic’ behaviour.

Step 9: Marvel at your genius. Use your new power coupled with the pandemic scare you concocted to usher in a new, oppressive economic system. Some might call it the ‘New World Order’ but come up with your own catchy name! 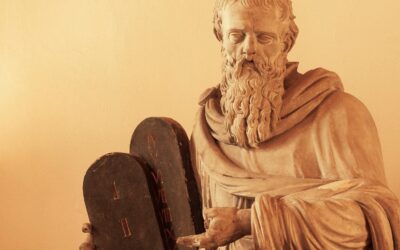 Beyond Good and Evil: Nietzsche’s Warning and The Birth of a New Culture

In the biblical book of Revelations, the four horsemen of the apocalypse represent pestilence, war, famine and death. One cannot help but wonder whether Mr. Global is working from the same religious template with his plandemic, Ukraine war, and impending food...

Ever since the Covid scamdemic occurred, world leaders have been warning us about a second pandemic. Political leaders as well as technocrats have been spouting predictions about future viral outbreaks and deadly pathogens that will cause untold death and destruction....