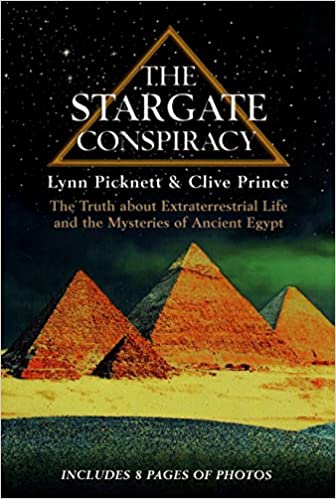 The Stargate Conspiracy was published more than 20 years ago, yet it remains a must-read book for anybody interested in “alternative” research and, indeed, anybody who has found themselves at any point infatuated with the “New Age” movement.

The Stargate Conspiracy exposes the involvement of intelligence organizations, governments, secret societies and “independent” researchers in what the authors describe as an “orchestrated campaign” to engineer a new faith.

Graham Hancock, Robert Bauval, Richard Hoagland and even the “sleeping prophet”, Edgar Cayce, are but a few of the well-known “alternative” researchers and mystics at which the authors take aim.

The purpose of the book, however, is not to “debunk” other researchers’ theories, or smear the reputation of those with radical ideas, it is to draw the reader’s attention to a very important phenomenon – the creation of a new belief system involving ancient Egypt, Mars and extraterrestrial “gods”.

It may sound unbelievable, but it is very real. And, as you’ll find out in the book, it has been going on for quite some time.

While at odds with many in the “alternative” research world, the author’s theory of an orchestrated conspiracy against the human mind is impeccably argued.

The book begins with an exploration of ancient Egypt, specifically the city of Heliopolis, which based its religion around the Enead – the nine primordial Egyptian gods, each said to form an aspect of the One, “Atum”. The authors examine the pyramid texts in detail, reinforcing the idea that ancient Egypt was home to advanced knowledge as well as many unfathomable mysteries that we are still far from understanding.

Although they acknowledge the mysteries of ancient Egypt, the authors do not endorse the explanations offered by popular alternative researchers/mystics such as Graham Hancock, Robert Bauval and Edgar Cayce. Instead, they question the common themes that each promotes and the origin of their theories, which, as they point out are often “repackaged” versions of older occult ideas.

Another bizarre theme of the “New Orthodoxy” as the authors term it, is the idea of an advanced extraterrestrial civilization that once existed on Mars and its alleged connections to the Giza plateau.

After a fascinating exploration of the various interests carrying out work at Giza (including the CIA), the authors turn their attention to the New Age doctrine of extraterrestrial “gods” and their role in the coming “global transformation”; they remind us that only certain, ‘chosen’ prophets hear their words, experience their revelations and will be part of their plans to come. This, as the authors point out, is the classic tactic of ‘divide and rule’. Indeed, as the authors acknowledge, by

Cynically exploiting our hunger for signs and wonders, and our ongoing love affair with the mysteries of ancient Egypt, the conspirators are in the process of creating a massive, insidious belief system…

The second half of the book deals with the direct involvement of alleged “extraterrestrials” in influencing and manipulating human beliefs, thoughts and actions. The reader may be surprised to learn of the Roundtable Foundation, a channeling cult that received (alleged) extraterrestrial communications from a group of entities who referred to themselves as “The Nine”, i.e., the Nine primordial “gods” of ancient Heliopolis (bringing the investigation full circle, back to ancient Egypt).

This section of the book is lengthy and illuminating, for it details the involvement of the Nine in the shaping of human society and their hold over top industrialists, scientists, entertainers, parapsychologists, and key figures in military and intelligence.

As the reader will discover, many ideas associated with alternative Egyptology, ancient civilizations on Mars and the New Age movement have been directly or indirectly shaped by the Nine cult, which draws its philosophy from an alleged extraterrestrial group, the location, motivation and existence of which is uncertain!

The Stargate Conspiracy is a brilliant expose of the “cultural and spiritual brainwashing” that can occur when people’s hunger for answers to genuine mysteries is exploited and taken advantage of in order to promote a separate agenda.