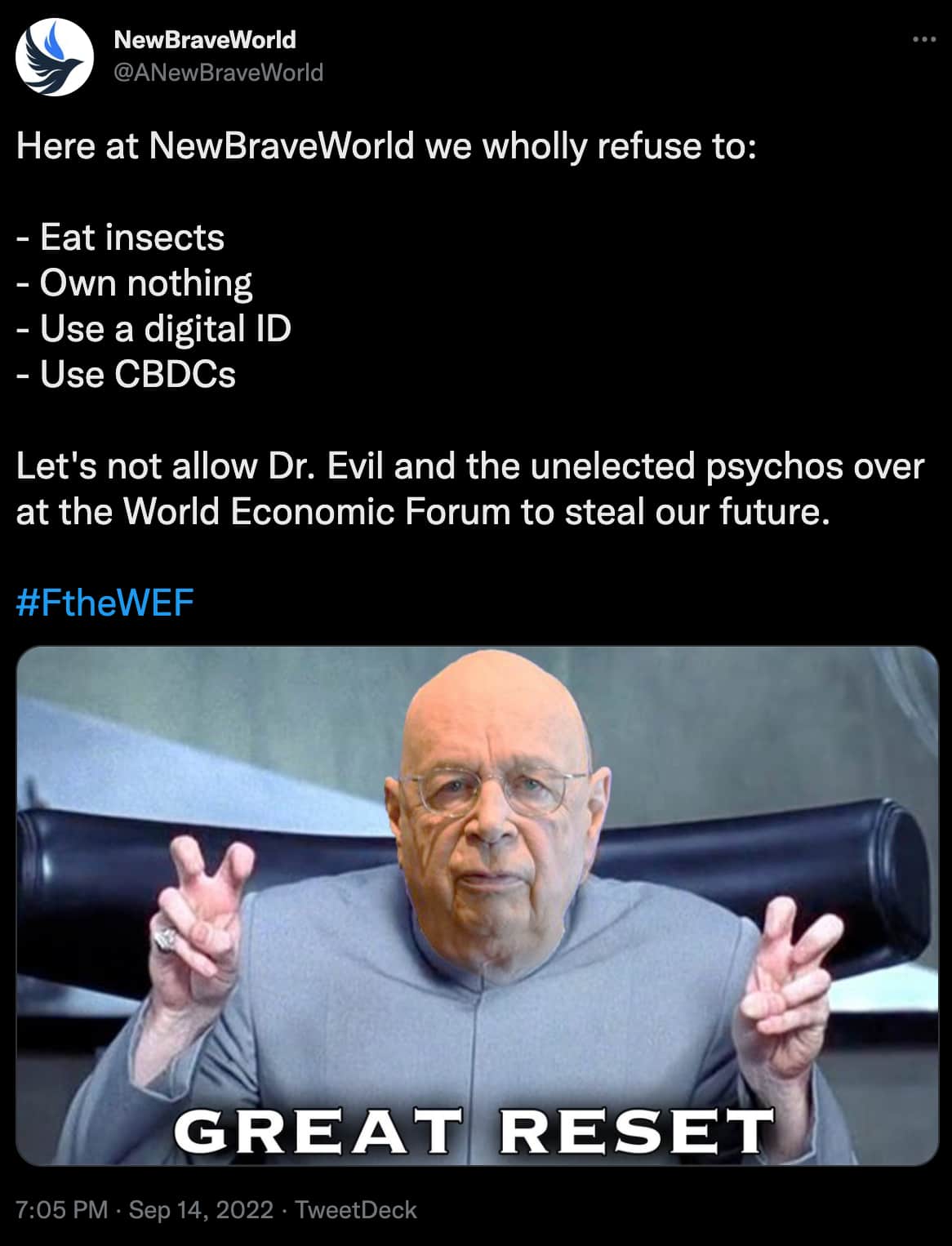 It’s been a wild week for all those on Twitter as two hashtag campaigns have seen massive support. The first #FtheWEF, was started by UK Entrepreneur Matt Gubba and his new nonprofit, The International Liberty Forum.

The aim of the campaign was to send a message to the WEF – We’re not onboard with your Great Reset agenda!

The campaign was a huge success with thousands of people tweeting the hashtag in show of their support. In fact #FtheWEF was trending among the top 5 Twitter hashtags in the UK!

The second campaign, #TrudeauMustGo, has recently taken Twitter by storm, with thousands of Canadians Tweeting out their displeasure with Prime Minister, Justin Trudeau.

Users are sending Tweets where they describe themselves, say who they are, what they do for a living, and include the phrase “Justin Trudeau thinks I’m a problem and that I hold unacceptable views,” with the hashtags #TrudeauMustGo or #TrudeauHasToGo.

The hashtag has been trending at #1 in politics. Even gold-medal winning olympic figure skater Jamie Sale got in on the action. Her post has received over 5,000 retweets and over 20,000 likes!

The polar bears are thriving (despite what David Attenborough says!)

Sir David Attenborough and his crew filmed the first episode of “Frozen Planet II” in Svalbard and warned that less summer sea ice is threatening the polar bear population. However, according to Dr. Susan Crockford, zoologist and expert on polar bears, this...

The shocking truth behind the UN’s “sustainable development” policies

In a new series of articles, Iain Davis and Whitney Webb explore how the UN’s “sustainable development” policies do not promote “sustainability” and instead aim to trap nations in a new, predatory system of global financial governance. The UN’s 17...

Introducing the “planetary health diet”: What is it really?

The EAT Forum, a “science-based global platform for food system transformation”, has developed a new “planetary health diet“, which they claim will benefit people and planet. The EAT Forum was cofounded by the Wellcome Trust, one of the biggest funders of...